What Will Happen If TMJ Is Not Treated?

You are here:
TMJ 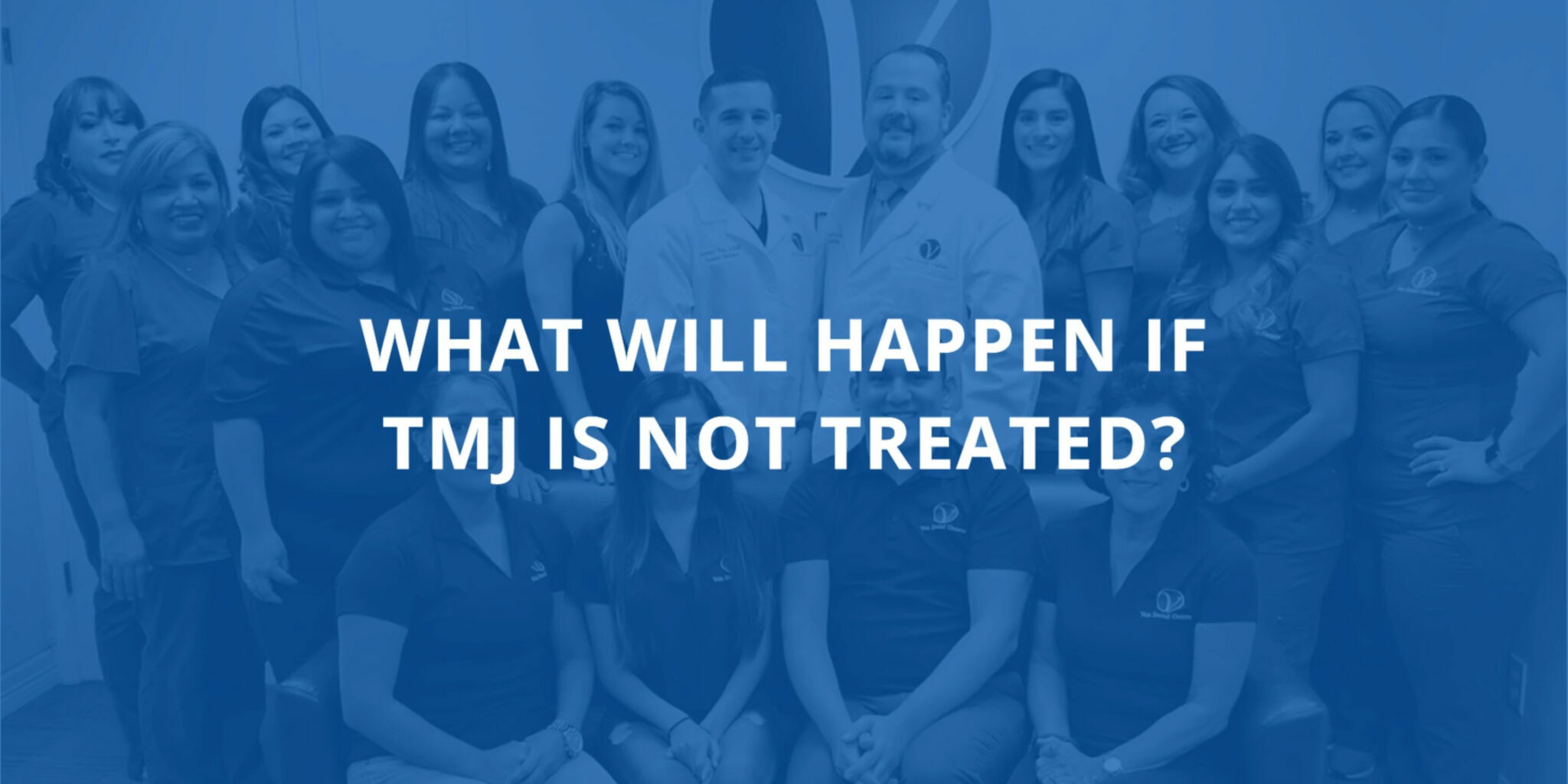 A: TMJ dysfunction and pain can actually cause problems with the joint itself. We have these discs, kind of like our kneecaps. So, those can get deteriorated over time, and then the joint ends up just rubbing on bone in the jaw.

It can get really bad to the point of actual surgery, kind of like a hip replacement—you can actually replace the joint.

That’s really extensive—normally just addressing some of those underlying conditions, takes care of the joint problems. So, underlying conditions can be sleep apnea, clenching, or grinding at night. Really, sometimes just bad restorations and we need to fix those in the mouth. Maybe you need braces of some sort.

So, TMJ problems can lead to very severe issues. Sometimes, patients grind so hard on their teeth—the joints hurt, maybe the teeth don’t yet. However, over a 10-year time frame, the teeth get so worn down that then you have to replace healthy teeth.

TMJ can be very serious and just simple interventions like a night guard, maybe a sleep apnea study, things like that can go a long way in preventing problems.

TMJ is somewhat of a misnomer in terms of its acronym. TMJ is actually TMD or temporomandibular dysfunction. Of course, that is an awfully complicated term, so it’s often informally shortened to TMJ, as in the temporomandibular joint. So, it’s unofficially named after the very source of the problem. The actual official medical name is Temporomandibular Joint Dysfunction Disorder.

Now that we have the complicated explanation out of the way, let’s talk a bit more about what is known as TMJ.

Unless you develop this diagnosis you probably never think about these joints even though you use them all the time.

Whether talking, chewing, swallowing—anything to do with your mouth, you’re using those joints. They play an important role as they connect your jaw to your skull and are critical to your general health.

That being said, when something is going wrong such as inflammation or other pain it can be quite debilitating. Most issues come about within the actual joints or the muscles that are connected and it’s usually due to strain, facial trauma, or infections.

TMJ is often a catch-all diagnosis for issues that are related to pain in the neck, face, lower ear, and jaw areas. A lot of times these symptoms mask as root causes not involving TMJ at initial diagnosis. Naturally, this makes diagnosing true TMJ a lot harder in many cases.

For example, you may be diagnosed with a sinus issue when you go in for an earache. However, the root cause may be TMJ. For example, an ear pain that is written off as an earache due to some kind of sinus infection might end up being TMJ instead.

This means there’s a lot of instances of this disorder that don’t get diagnosed properly. This also leads to people missing work since they’re initially treating the wrong thing. Estimates show that over half a billion hours of work are missed each year due to TMJ. Obviously, it’s a lot more common than many realize and it has a major financial impact too.

Even though an accurate diagnosis for this disorder is difficult due to it sharing symptoms with other causes, you have to start somewhere. Several studies show that TMJ is a direct result of the upper and lower mandibular being out of alignment.

This puts undue strain on the ligaments and muscles connected to the joints leading to dysfunction. The pain is often progressive and can cause anything from annoying discomfort to crippling pain.

Common symptoms that may be the result of TMJ:

This disorder can also compound conditions such as:

Even though TMJ is hard to diagnose initially, there is not much doubt on what causes this common condition. The causal factors that TMJ disorders can develop from often include:

Concerned You’re Suffering From This Disorder??

If you’re exhibiting some of the symptoms mentioned in this article such as your jaw popping, or pain when chewing, you need to talk to us.

You could indeed have TMJ but it could also be something else altogether. Either way, you should not be experiencing these symptoms.

Whatever the problem may end up being we want to help you get the relief you need. Contact us today to schedule your consultation!

When Should I Be Concerned About Jaw Pain?
October 25, 2022
Schedule Your Consultation
Go to Top
CALL NOW